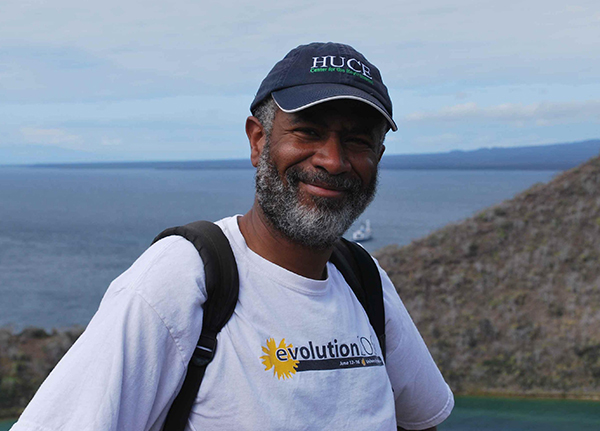 Scott Edwards is Alexander Agassiz Professor of Zoology and Curator of Ornithology in the Museum of Comparative Zoology at Harvard University.  Before moving to Harvard in 2003 he was based at the University of Washington where he taught ornithology with John Wingfield for 9 years. His research focuses on diverse aspects of avian biology, including evolutionary history and biogeography, disease ecology, population genetics and comparative genomics. He has conducted extensive fieldwork in phylogeography in Australia and conducted some of the first phylogeographic analyses there based on DNA sequencing.  He was an Alfred P. Sloan Postdoctoral Fellow in immunogenetics at the University of Florida, where he studied molecular evolution of the major histocompatibility complex (MHC) of birds. His work on the MHC led him to study the evolution of size and structure of the avian genome and informed his current interest in using comparative genomics to study the genetic basis of evolutionary change in birds. His latest work uses comparative genomics to study macroevolutionary patterns in birds, including the origin of feathers and the evolution of flightlessness.

All session by Dr. Scott Edwards